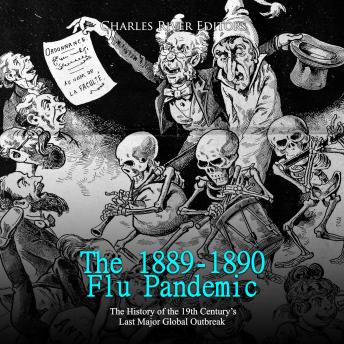 The first known influenza pandemic may have occurred in China in 6000 BCE, and the renowned Greek physician Hippocrates described the symptoms of influenza around 600 BCE. The first well-documented pandemic, however, occurred in 1580. It originated in East Asia, spread through Central Asia and the Russian Empire, and then on to Europe. In Rome, about 8,000 people perished and some settlements in Spain disappeared entirely. Europeans brought it to the Americas in the 16th century, where it may contributed to decimating the indigenous populations. After that, flu epidemics hit Europe sporadically for more than 200 years, with that of 1830–33 being one of the worst, when about 25% of 135 million Europeans were infected.

Therefore, when an outbreak of flu occurred in the Central Asian city of Bukhara in 1889, it could not have excited any great concern. Certainly, some nearby communities may have anxiously braced themselves, but epidemics had occurred before and Europe had survived. Besides, then – as now – influenza was a disease that affected mostly the elderly and ill. But Europe – and the world – had changed profoundly in recent times. Its states had been industrializing, experimenting with new methods of communication, transportation, and trade, and these very innovations would be the means of spreading the flu, not just through Europe, but across the entire world. For the first time in its history, the world faced a pestilence that would cross every geographical barrier, even the oceans. This meant it would not be an epidemic but a pandemic, embracing the entire globe in its deadly grip.