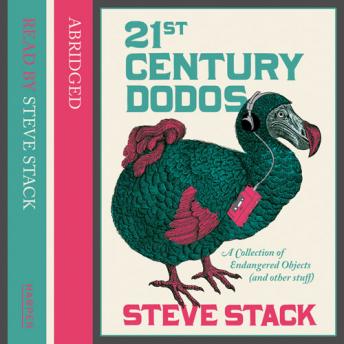 21st Century Dodos: A Collection of Endangered Objects (and Other Stuff)

A fond farewell to the many inanimate objects, cultural icons and general stuff around us that find themselves on the verge of extinction.

Until now, that is.

Steve Stack has catalogued well over one hundred objects, traditions, cultural icons and, well, other stuff that is at risk of extinction.

Some of them have vanished already.

...all these and many more are big a fond farewell in this nostalgic, and sometimes irreverent, trip down memory lane.

21st Century Dodos: A Collection of Endangered Objects (and Other Stuff)