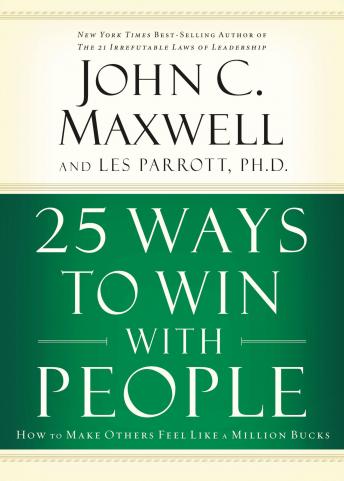 25 Ways to Win with People: How to Make Others Feel Like a Million Bucks

You've read John Maxwell's best-selling Winning with People, and now you're ready for some specific action steps to build on the knowledge you gained. 25 Ways to Win With People has just what you need! This complementary companion to the full-sized book is ideal for a quick refresher course on interpersonal relationships.
A small sampling of the twenty-five specific actions readers can take to build positive, healthy relationships includes:
Complimenting People in Front of OthersCreating a Memory and Visiting It OftenEncouraging the Dreams of Others

25 Ways to Win with People: How to Make Others Feel Like a Million Bucks

This title is due for release on August 13, 2011
We'll send you an email as soon as it is available!