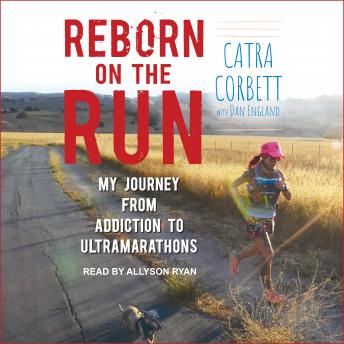 Reborn on the Run: My Journey from Addiction to Ultramarathons

Aside from her rock star looks, Catra Corbett is a standout in the running world on her accomplishments alone. Catra is the first American woman to run over one hundred miles or more on more than one hundred occasions and the first to run one hundred and two hundred miles in the Ohlone Wilderness, and she holds the fastest known double time for the 425-miles long John Muir Trail, completing it in twelve days, four hours, and fifty-seven minutes.

After two years of addiction, Catra is busted while selling, and a night in jail is enough to set her straight. She gives up drugs and moves back home with her mother, abandoning her friends, her boyfriend, and the lifestyle that she came to depend on. Her only clean friend pushes her to train for a 10K with him, and surprisingly, she likes it and decides to run her first marathon after that.

In Reborn on the Run, the listener keeps pace with Catra as she runs through difficult terrain and extreme weather, is stalked by animals in the wilderness, and nearly dies on a training run but continues on, smashing running records and becoming one of the world's best ultrarunners.

Reborn on the Run: My Journey from Addiction to Ultramarathons