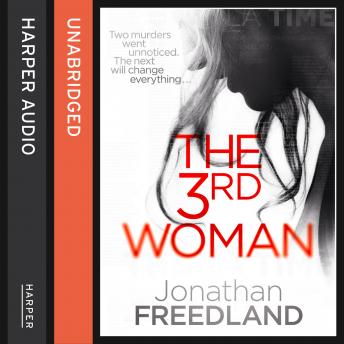 THE FIRST TWO MURDERS WENT UNNOTICED. BUT THE NEXT WAS HER SISTER...
A terrifying yet unputdownable thriller from No. 1 bestselling author and award-winning journalist Jonathan Freedland.

SHE CAN'T SAVE HER SISTER

Journalist Madison Webb is obsessed with exposing lies and corruption. But she never thought she would be investigating her own sister's murder.

SHE CAN'T TRUST THE POLICE

Madison refuses to accept the official line that Abigail's death was an isolated crime. She uncovers evidence that suggests that Abi was the third victim in a series of killings that's been hushed up as part of a major conspiracy.

SHE CAN EXPOSE THE TRUTH

In a United States that has yielded to the People's Republic of China, corruption is rife - the government dictates what the 'truth' is. With her life on the line, Madison must give up the story, or face the consequences...