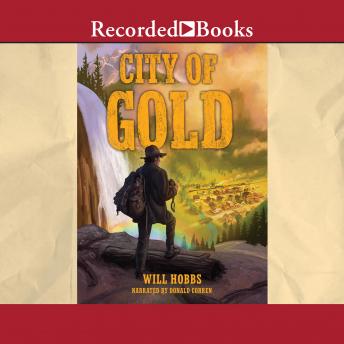 Written By: Will Hobbs

Weeks after arriving in Colorado, fifteen-year-old Owen Hollowell wakes to see a rider in the moonlight stealing the family mules. Hearing they'll likely be sold to the mines, Owen sets out to track the rustler over the mountains. Little brother Till insists he's going along, but Ma says no. He's only nine. The outlaw's trail leads to Telluride, the tempestuous "City of Gold." With the help of the girl from the bakery, Owen is onto the culprit but gets nowhere with the town's notorious marshal. Hours after Till shows up on the train, the brothers head for the lawman's office. Owen spots the mule thief in a photo of Butch Cassidy's Wild Bunch. More than interested, the marshal leads the boys on horseback into the canyon country and all the way to Robbers Roost. For readers who love adventure and humor, Will Hobbs has spun a tale of two brothers up against a mining company and a famous robber. Only their wits and courage can bring them home.