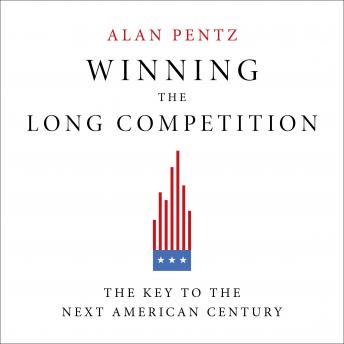 For the first time since the Space Race, the United States is facing a serious competitor with a plan to achieve technological dominance: China. Between China 2025 and the Belt and Road Initiative, it’s become clear that the Chinese government is determined to capture the economic power that new technologies like AI, automation, 5G, and the cloud represent.

And with economic power comes military power, and then political power.

To win this competition, the US must return to the historical model it used to build the interstate highway system, put a man on the moon, and build the computer and the Internet—but has become an afterthought over the past few decades.

In Winning the Long Competition, Alan Pentz lays out a roadmap for increasing our investment and innovation in core areas. He shows government managers where to invest and points innovators to areas where the funding will be plentiful. As we move into the next American century, the only way forward is to harness all the resources and creativity of both our public and private sectors.