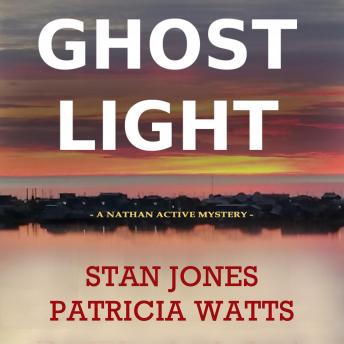 WITH THE HELP OF AN ALASKA NATIVE GRANDMOTHER SUFFERING FROM DEMENTIA, VILLAGE POLICE CHIEF NATHAN ACTIVE HUNTS DOWN THE KILLER WHO HID A WOMAN’S DISMEMBERED BODY IN THE ICE CELLAR OF AN ABAN-DONED INUPIAT FISH CAMP.

The case starts when Tommie Leokuk’s husband brings her to Active’s office to show him what she found in her latest midnight ramble around the Arctic hamlet of Chukchi. From the pouch of her traditional atiqluk, she pulls a human jawbone with a single molar still in place.

Tommie’s dementia means she can’t explain where she found it. As her husband explains, “She lost her brain few years ago.”

At first, Chief Active doesn’t know whether she’s found a murder victim or an old grave opened by erosion or scavengers.

He soon discovers it’s very much a murder case, one of the most tangled he’s seen. The victim had two lovers, one male, one female. Both become suspects as the investigation proceeds.

At the same time, Active grapples with PTSD from being shot in a prior case. When he starts to wonder how his gun would taste, he realizes it’s time to see Chukchi’s tribal healer, Nelda Qivits, who believes anything can be cured by a cup of bitter sourdock tea in her little cabin on a back street of Chukchi.

This title is due for release on October 1, 2022
We'll send you an email as soon as it is available!