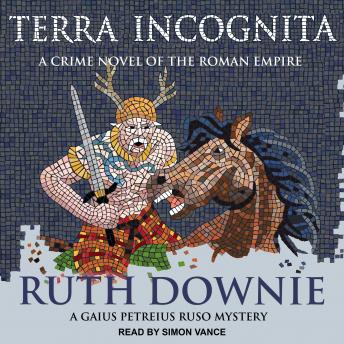 It is spring in the year 118, and Hadrian has been emperor of Rome for less than a year. After his long and reluctant investigation of the murders of a handful of local prostitutes, Gaius Petreius Ruso needs to get out of town. With that in mind, he has volunteered for a posting with the army in the far reaches of Britannia-a calmer place for a tired man.

But the edge of the Roman Empire is a volatile place; the independent tribes of the North dwell near its borders. These hinterlands are the homeland of Ruso's slave, Tilla, who has scores of her own to settle there: Her tribespeople, under the leadership of the mysterious Stag Man, are fomenting a rebellion against Roman control; and her former lover is implicated in the grisly murder of a soldier. Ruso, once again unwillingly pulled into the murder investigation, is appalled to find that Tilla is still spending time with the prime suspect. Worse, he is honor-bound to try to prove the man innocent--and the army wrong-by finding another culprit. Soon both Ruso's and Tilla's lives are in jeopardy, as is the future of their burgeoning romance.

Terra Incognita shines light on a remote corner of the ancient world, where Ruso's luck is running short-again.