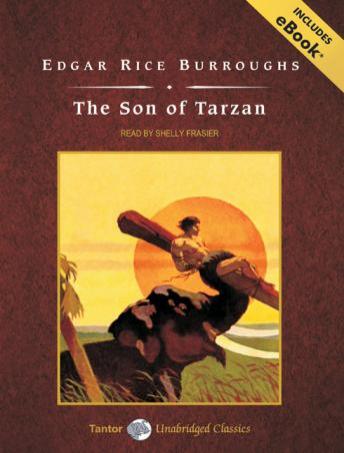 The Son of Tarzan

In this sequel to The Beasts of Tarzan, the Lord of the Apes' old nemesis, Alexis Paulvitch, lures Tarzan's son, Jack, to Africa, where he plans to kill him. His plan is foiled when Jack escapes with the help of Akut, the great ape. The pair flee to the jungle where Tarzan was raised a generation earlier, and Jack establishes his own reputation among the apes as Korak the Killer. He also rescues Meriem, a beautiful young woman, from a band of Arab raiders. She turns out to be the daughter of Armand Jacot, the Prince de Cadrenet, and is therefore a fitting mate for the son of Lord Greystoke.