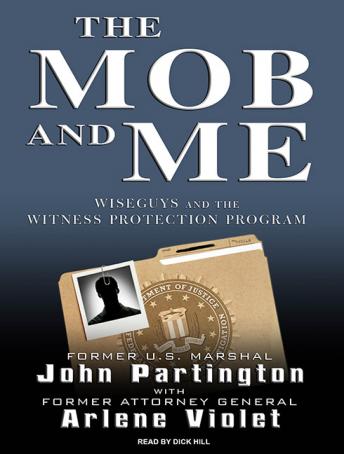 The Mob and Me: Wiseguys and the Witness Protection Program

When U.S. Marshal John Partington suddenly found himself protecting the family of renowned mobster Joe 'The Animal' Barboza, he made up the rules as he went along. Among Partington's diverse activities: managing a rotating crew of U.S. Marshals; chasing the family cat; convincing Barboza's wife not to leave; keeping the witness, his wife, and their child alive; and transporting the witness to and from hearings in the face of death threats. Unbenownst to him, this experience would lead to his becoming one of the founders of the Witness Protection Program. Partington shares his unique journey here for the first time.

Providing a step-by-step account of exactly what it was like to guard and transport informants, as well as details about the process of identity change, The Mob and Me shows the development and evolution of the Witness Protection Program. Other informants Partington eventually guarded include Bob Leuci (The 'Prince of the City' cop memorialized in the movie of that name), Watergate figures Howard Hunt (whose son claims he was hired to kill JFK) and John and Maureen Dean, antiwar protester Father Dan Berrigan, and numerous other notables.

Filled with insider information on dozens of mobsters and other informants, The Mob and Me answers the question, What are these stone-cold killers really like?

Mob and Me: Wiseguys and the Witness Protection Program