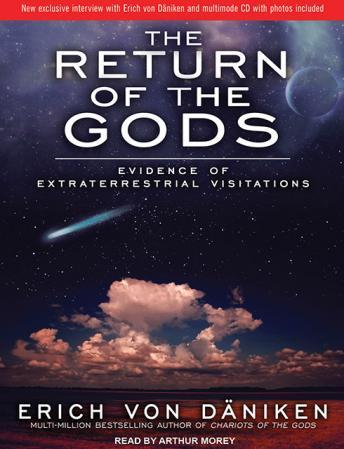 The Return of the Gods: Evidence of Extraterrestrial Visitations

Never afraid to put forward controversial theories if justified by the data, Erich von Daniken here examines the huge amount of accumulated evidence that points to Earth having been subject to countless visits from extraterrestrials for many years. The dawn of a new century, the building of a new space station, and triumphs in the exploration of space have brought greater interest than ever in the possibility of extraterrestrial life. UFO sightings and alleged abductions continue to make headlines across the world, and in America the National Space Administration has an official program to search for and monitor signs of life beyond our solar system. The possibility of visitors from other galaxies has never been stronger.

The culmination of long-term research, The Return of the Gods argues that we are very much in the minds and eyes of other cosmic life forms and that, as a result, many of the dramatic historical events and remarkable teachings of religious texts should be reinterpreted-even the idea of Judgment Day itself!

Return of the Gods: Evidence of Extraterrestrial Visitations