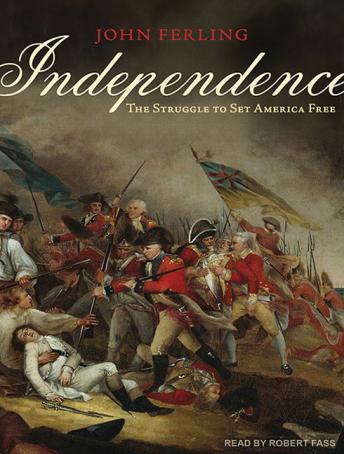 No event in American history was more pivotal-or more furiously contested-than Congress's decision to declare independence in July 1776. Even months after American blood had been shed at Lexington and Concord, many colonists remained loyal to Britain. John Adams, a leader of the revolutionary effort, said bringing the fractious colonies together was like getting 'thirteen clocks to strike at once.'

Other books have been written about the Declaration of Independence, but no author has traced the political journey from protest to revolution with the narrative scope and flair of John Ferling. Independence takes listeners from the cobblestones of Philadelphia into the halls of Parliament, where many sympathized with the Americans and furious debate erupted over how to deal with the rebellion. Independence is not only the story of how freedom was won, but how an empire was lost.

At this remarkable moment in history, high-stakes politics was intertwined with a profound debate about democracy, governance, and justice. John Ferling, drawing on a lifetime of scholarship, brings this passionate struggle to life as no other historian could. Independence will be hailed as the finest work yet from the author Michael Beschloss calls 'a national resource.'