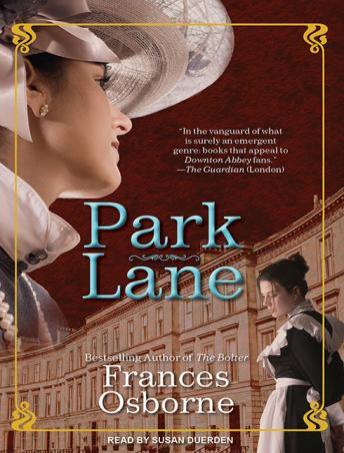 When eighteen-year-old Grace Campbell arrives in London in 1914, she's
unable to fulfill her family's ambitions and find a position as an
office secretary. Lying to her parents and her brother, Michael, she
takes a job as a housemaid at Number 35, Park Lane, where she is quickly
caught up in lives of its inhabitants-in particular, those of its
privileged son, Edward, and daughter, Beatrice, who is recovering from a
failed relationship that would have taken her away from an increasingly
stifling life. Desperate to find a new purpose, Bea joins a group of
radical suffragettes and strikes up an intriguing romance with an
impassioned young lawyer. Unbeknownst to each of the young women, the
choices they make amid the rapidly changing world of World War I will connect
their chances at future happiness in dramatic and inevitable ways.

This title is due for release on October 15, 2012
We'll send you an email as soon as it is available!