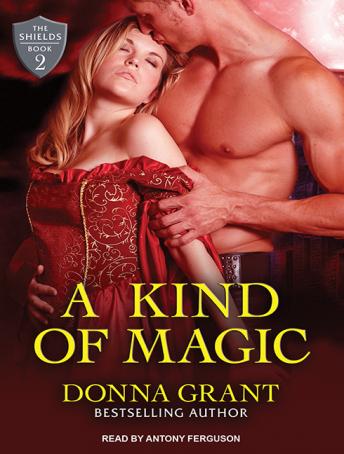 A Kind of Magic

Roderick was born an immortal prince in the realm of Thales. Revered and respected, he lived a life of grandeur, but his one true love was fighting. He was given a special gift in his battle abilities and soon became known as Thales's finest warrior. But all that changed the day his brother died and an evil descended upon his realm. With Thales on the verge of ruin, he bound himself to the Shields to protect the realms from the evil that ravages them. But he has a dark secret for which he must atone. Then and only then can he return to Thales and face his family. His special battle skills and his immortality help Roderick to keep his goals in front of him. They have always been clear . . .

Elle makes Roderick long for things he cannot have. Her innate goodness makes him want to grasp what she offers with both hands, but he knows that they can never have what she seeks. Elle bears a mark that signals her as one of a chosen few who were sent to Earth as infants. She and the others who bear the mark must be found and kept hidden from the ancient evil that seeks them, for they hold the key to the evil's ruination. The only way to keep Elle safe is to keep her by his side, but can Roderick resist the temptation to take her love?