The Trigger: Hunting the Assassin Who Brought the World to War 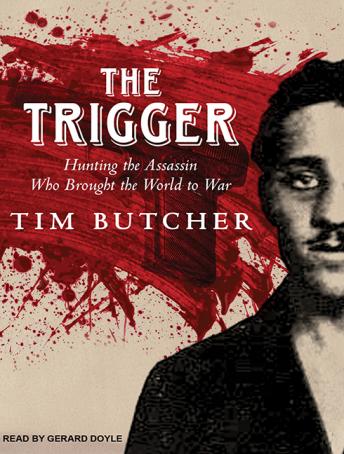 On a summer morning in Sarajevo almost a hundred years ago, a teenager took a pistol out of his pocket and fired not just the opening rounds of the First World War but the starting gun for modern history. By killing Archduke Franz Ferdinand, the heir of the Austro-Hungarian Empire, Gavrilo Princip started a cycle of events that would leave 15 million dead from fighting between 1914 and 1918 and that proved fatal for empires and a way of ruling that had held for centuries.

The Trigger tells the story of a young man who changed the world forever. It focuses on the drama of the incident itself by following Princip's journey. By retracing his steps from the feudal frontier village of his birth, through the mountains of the northern Balkans to the great plain city of Belgrade, and ultimately to Sarajevo, Tim Butcher illuminates our understanding of Princip and makes discoveries about him that have eluded historians for a hundred years. Traveling through the Balkans on Princip's trail, and drawing on his own experiences there as a war reporter during the 1990s, Butcher unravels this complex part of the world and its conflicts, and shows how the events that were sparked that day in June 1914 still have influence today. Published for the centenary of the assassination, The Trigger is a rich and timely work, part travelogue, part reportage, and part history.

Trigger: Hunting the Assassin Who Brought the World to War

This title is due for release on June 12, 2014
We'll send you an email as soon as it is available!