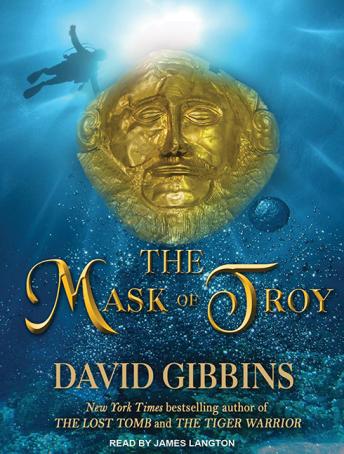 The Mask of Troy

Greece, 1876. Renowned archaeologist Heinrich Schliemann unearths the tomb of legendary King Agamemnon and makes a mind-blowing discovery. Determined to keep it secret until the time is right, he dies before it can be revealed to the world.

Germany, 1945. The liberation of a concentration camp reveals clues to the lost antiquities stolen by the Nazis. But the operation is covered up after a horrific secret surfaces.

Northern Aegean, present day. Jack Howard, head of the International Maritime University, and his team discover the wreckage of the legendary Greek fleet from the Trojan War, sending shock waves around the world. But the biggest surprise is yet to come, for Jack is on the trail not only of Agamemnon but of Schliemann's true discovery-and a mystery so explosive that it leads to the kidnapping of Jack's daughter and a confrontation with a new and evil foe.

This title is due for release on November 17, 2014
We'll send you an email as soon as it is available!