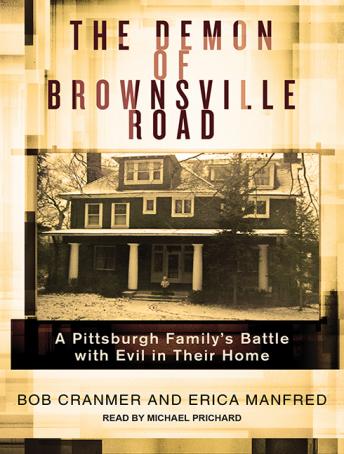 The Demon of Brownsville Road: A Pittsburgh Family's Battle with Evil in Their Home

The Cranmers seemed fated to own the house at 3406 Brownsville Road. As a young boy, Bob had been drawn to the property, and, just when the family decided to move back to Brentwood, it went up for sale. Without a second thought, they purchased the house that Bob had always dreamed of owning.

But the family soon began experiencing strange phenomena-objects moving on their own, ghostly footsteps, unsettling moaning sounds-that gradually increased in violence, escalating to physical assaults and, most disturbingly, bleeding walls. Bob, Lesa, and their four children were under attack from a malicious demon that was conjuring up terrifying manifestations to destroy their tight-knit household. They had two choices: leave or draw on their unwavering faith to exorcise the malicious fiend who haunted their home.

Now Bob Cranmer recounts the harrowing true story of the evil presence that tormented his family and the epic spiritual war he fought to save everything he held dear.

Demon of Brownsville Road: A Pittsburgh Family's Battle with Evil in Their Home