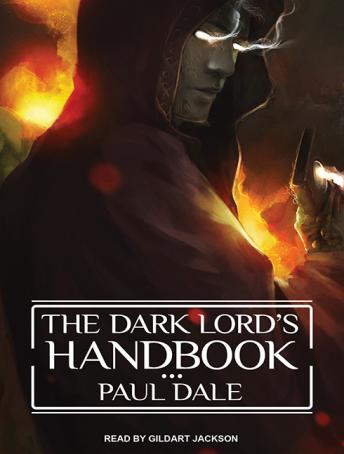 To become a Dark Lord is no easy thing. The simple ambition to hold dominion over the world and bend all to your will sounds straightforward, but it's not. There are armies to raise, fortresses to build, heroes to defeat, and battles to be fought.

After many spectacular failures, Evil decided to lend more than inspiration to these would-be tyrants. He wrote an easy-to-follow Dark Lord's Handbook. And yet the next Dark Lord that came along screwed up like all the others.

It had been hundreds of years, and the Handbook was lost in the annals of time, along with all that was mythic and exciting in the world. Then one day, a randy dragon had a chance encounter. Nine months later a Dark Lord was born. In time, the Handbook found its way to this new contender: Morden.