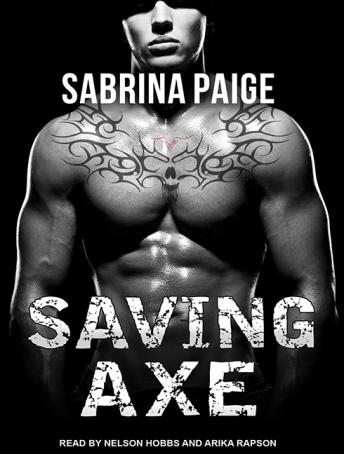 Ex-Marine Corps sniper Axe turned his back on everything he loved when he became the sergeant-at-arms for the Inferno MC. The fallen hero was determined to drown out the ghosts of war with an unrelenting path of self-destruction. He had no plans to set foot in his hometown of West Bend, Colorado, again.
That is, until the Inferno MC betrayed him. Now there is nowhere left for him to run, except back to his father's ranch. Where he would come face-to-face with her.
She was the last person he ever thought he'd see again, after an unspeakable childhood tragedy ripped them apart. June Barton was his first love, but now she's all grown up. The Navy surgeon gave up her scalpel to return home, tired of losing her patients to war. All she wants is peace and quiet, but when Axe shows up, he turns everything upside down.
Can two broken and damaged people get a second chance at happiness? And when the Inferno MC commits the ultimate betrayal, will Axe's need for vengeance destroy his soul, or could June be his salvation?Contains mature themes.