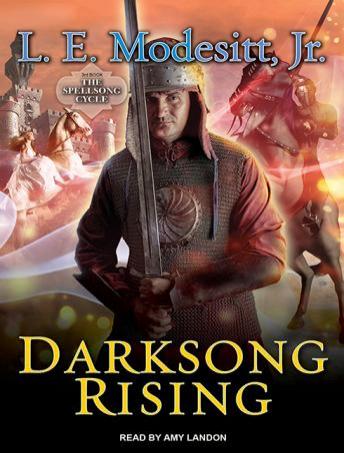 Darksong Rising: The Third Book of the Spellsong Cycle

Listeners first met Anna Marshall in The Soprano Sorceress when she wished to be anything other than a music teacher and singer in Iowa-this was before she was pulled into the world of Erde where her gift of song became a gift of magic. Her musical ability has since given Anna influence, control, and the potential to be an enormously powerful sorceress. Now, as the Regent of Defalk, Anna must battle two men who would destroy her and claim Defalk for their own.

Darksong Rising: The Third Book of the Spellsong Cycle