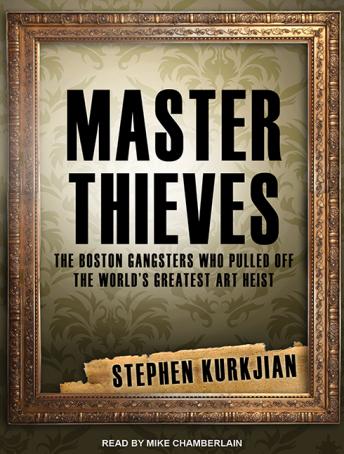 In a secret meeting in 1981, a master thief named Louis Royce gave career gangster Ralph Rossetti the tip of a lifetime. As a kid, Royce had visited the Isabella Stewart Gardner Museum and made a habit of sneaking in at night to find a good place to sleep. He knew the Museum's security was lax, and he gave this information to a boss of the Boston criminal underworld.


It took years before the Museum was hit. But when it finally happened, it quickly became one of the most infamous art heists in history: thirteen works of art valued at up to $500 million-including Rembrandt's 'The Storm on the Sea of Galilee.' The identity of the thieves was a mystery, and the paintings were never found.


What happened in those intervening years? Which Boston crew landed the big score? And why, more than twenty years later, did the FBI issue a press conference stating that they knew who had pulled off the heist and what had happened to the artwork, but provided no identities and scant details?
These mysteries are the story of Stephen Kurkjian's revealing book. He will take the listener deep into the Boston mob and paint the most complete and compelling picture of this story ever told.