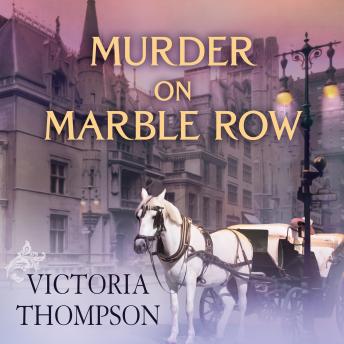 When an explosion kills wealthy industrialist Gregory Van Dyke, police commissioner Teddy Roosevelt presumes that anarchists are responsible and personally asks detective sergeant Frank Malloy to track them down. Malloy is up to the task, but he faces a different kind of challenge when he encounters Sarah Brandt paying a condolence call on the Van Dykes. Faced with the impossibility of ever expressing his true feelings for Sarah, Frank had vowed never to see or work with her again.

For her part, Sarah is glad to be working with Malloy once again in his hunt for a dangerous killer, though they clash over his conviction that the murder was politically motivated. Frank would like to dismiss her concerns, but whether he likes it or not he needs Sarah's help, because as he is about to discover, the marble facades of Fifth Avenue hide as many dark and twisted secrets as any tenement on the Lower East Side.