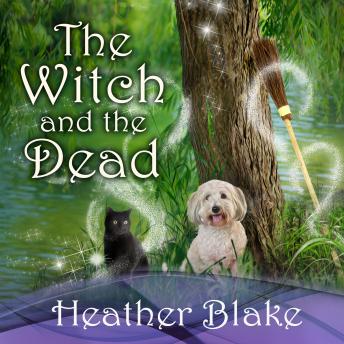 The Witch and the Dead

When Darcy moved to Salem, Massachusetts, she never expected her life to change as drastically as it did. But within a short time, the Enchanted Village has become her home, its mystical residents have become her family, and As You Wish, the personal concierge business formerly run by her Aunt Ve, has become her calling. Still, the time has come for change, and for Darcy to move out of Aunt Ve's house.

Darcy's belongings are stashed in Aunt Ve's garage, alongside a mess of memories, forgotten possessions, and, to both Ve and Darcy's horror, a pile of old bones. It turns out they belong to Ve's long missing second husband. Now Darcy must unpack old secrets to solve a cold case and make sure that her aunt isn't looking at a spell behind bars.

Witch and the Dead