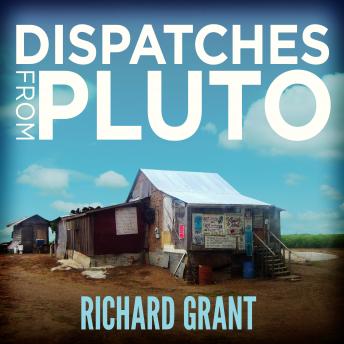 Dispatches from Pluto: Lost and Found in the Mississippi Delta

Richard Grant and his girlfriend were living in a shoebox apartment in New York City when they decided on a whim to buy an old plantation house in the Mississippi Delta. Dispatches from Pluto is their journey of discovery into this strange and wonderful American place.
On a remote, isolated strip of land, three miles beyond the tiny community of Pluto, Richard and his girlfriend, Mariah, embark on a new life. They learn to hunt, grow their own food, and fend off alligators, snakes, and varmints galore. They befriend an array of unforgettable local characters-blues legend T-Model Ford, cookbook maven Martha Foose, catfish farmers, eccentric millionaires, and the actor Morgan Freeman. Grant brings an adept, empathetic eye to the fascinating people he meets, capturing the rich, extraordinary culture of the Delta while tracking its utterly bizarre and criminal extremes.

Dispatches from Pluto: Lost and Found in the Mississippi Delta