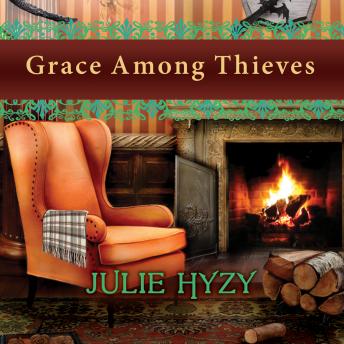 When Grace Wheaton's former professor calls to warn her that there have been a rash of thefts at various historical sites, Grace isn't surprised, because Marshfield Manor has been targeted, too. She wonders if it has something to do with the film crew roaming the grounds, digitally immortalizing the manor, but then she gets distracted by an incident much more dire: the shooting of one guest and the murder of another.

Grace does her best not to go looking for trouble, but with a murderer on the loose, she can't seem to leave the dirty work to the cops-especially since the killer still seems to be lurking around town, waiting to finish the job of making Grace history.