Night of the Bayonets: The Texel Uprising and Hitler's Revenge, April-May 1945 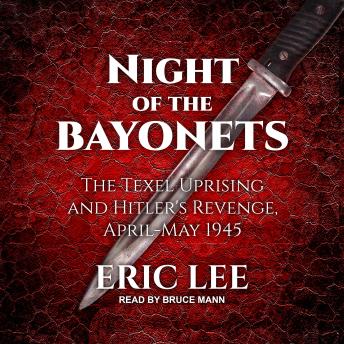 In the final days of World War II in Europe, Georgians serving in the Wehrmacht on Texel island off the Dutch coast rose up and slaughtered their German masters. Hitler ordered the island to be retaken and fighting continued for weeks, well after the war's end.

The uprising had it origins in the bloody history of Georgia in the twentieth century, a history that saw the country move from German occupation, to three short years of independence, to Soviet rule after it was conquered by the Red Army in 1921. A bloody rebellion against the Soviets took place in 1924, but it remained under Russian Soviet rule. Thousands of Georgians served in the Soviet forces during World War II and among those who were captured, given the choice of 'starve or fight', some took up the German offer to don Wehrmacht uniforms.

The loyalty of the Georgians was always in doubt, as Hitler himself suspected, and once deployed to the Netherlands, the Georgian soldiers made contact with the local Communist resistance. When the opportunity arose, the Georgians took the decision to rise up and slaughter the Germans, seizing control of the island. In just a few hours, they massacred some 400 German officers using knives and bayonets to avoid raising the alarm.

Night of the Bayonets: The Texel Uprising and Hitler's Revenge, April-May 1945