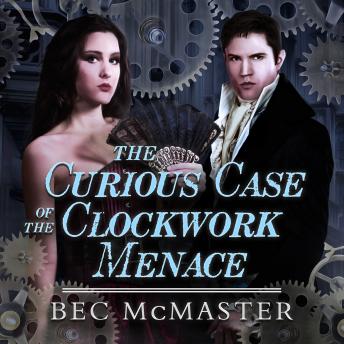 The Curious Case Of The Clockwork Menace

In a Victorian London ruled by the blood-drinking elite, Perry Lowell is a logical and accomplished Nighthawk: a rogue blue blood who tracks murderers and thieves for the Guild. So when she and her charming but reckless partner, Garrett, are charged with finding a missing theater starlet, it should be a simple solve.

But with an entire theater of suspects, including a flirtatious understudy and whispers of a Clockwork Menace haunting the place, tension is brewing between the pair of them. Can they come together to solve the case-or will it be too late, when the murderer turns his gaze on Perry herself?

Curious Case Of The Clockwork Menace