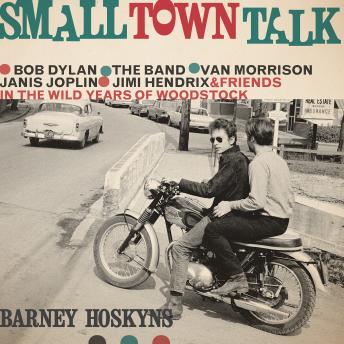 When musicians in the New York folk scene of the 1960s grew tired of city life, they decided to 'get it together in the country.' They headed for Woodstock-not the site of the infamous music festival of 1969 but to the Catskills, to Bearsville, to Woodstock proper. Counterculture revolutionaries like Janis Joplin, Richie Havens, and Paul Butterfield got 'back to the land,' turning the once sleepy hollow into a funky Shangri-La.

Small Town Talk tells the town's musical history, from its earliest days as a bohemian arts colony to its ongoing life as a cultural satellite of New York. Woodstock, the bucolic artists' enclave, has earned its place in rock music history; Small Town Talk is a classic study of a vital music scene in a magical place during a revolutionary time.