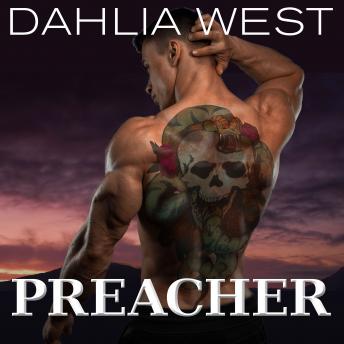 Jack 'Preacher' Prior is at a crossroads-literally. Left for dead in the Badlands, he's managed to survive. He's stolen a truck, but where can he go? Body broken, mind reeling from betrayal from his own MC brothers, he knows he won't last a day back in Rapid City in his current condition.

Erin Walker is at a crossroads of her own. Dealt a bad hand by being the daughter of Buck Walker, ex-Rodeo Champ, she's made her own way in the world without his help. She owns Thunder Ridge Ranch outright, and she's carved out a piece of paradise for herself with her own two hands. She's not giving it up without a fight, but she's alone in the world with no one to trust.

In Erin, Preacher finds something that doesn't exist in his own world: a smart, fierce, independent woman who sets his blood on fire. For Erin, the mysterious man who threatens her life might very well be the only one who can save it.Contains mature themes.