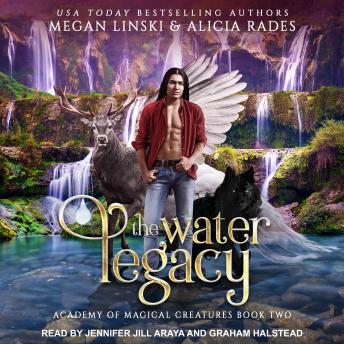 Fire and Water are forbidden.

Sophia: Liam and I survived the Elemental Cup, but the tournament was only the beginning. The Koigni Elders were impressed by my performance and believe I can help them take over the entire tribe.

But they're asking me to fight for a cause I don't believe in, and forcing me to use my magic in ways that feel wrong. I must learn how to use my powers to contact the ancestors-or I'll lose everyone I love.

The Water council has promised they'll bring my Familiar back from the dead-my literal soul-if I take Sophia's life. But I love her more than I love myself. How can I make such an impossible decision? Even worse, how could I possibly live without her?

But this isn't about us anymore. If don't fulfill my mission, thousands will die . . . and Sophia and I are both keeping secrets that will change everything.