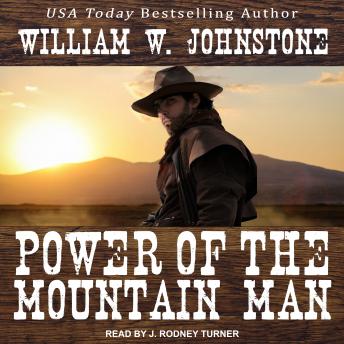 Power of the Mountain Man

In the depth of a cruel High Lonesome winter comes a cryptic message for Smoke Jensen. The letter tells of skullduggery by gold barons, railroad magnates, and Chinese tongs in San Francisco. Smoke knows only one person in the city by the bay: the well-rounded, open-natured Francie, mistress of one of the town's most notorious pleasure palaces.

Smoke once rescued her from raiding Cheyenne, but now Madame Francie is mysteriously dead . . . and Smoke's arrival in San Francisco is less than welcoming. Then, on the waterfront, he learns of a plot by the wealthy, the mighty, and the deadly to expand their stronghold over the region's gold-rich lands. Beating a trail into the High Sierras, Smoke recruits a band of angry prospectors, ranchers and farmers for a final showdown that could be the end of Smoke Jensen . . .

Power of the Mountain Man