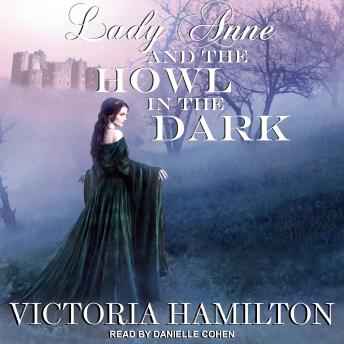 Lady Anne and the Howl in the Dark

After receiving a distressing letter from a friend, Lady Anne Addison wastes no time in traveling to Yorkshire to offer whatever help she can. She has no idea what she'll find there, but she certainly wasn't expecting to be met by tales of a werewolf terrorizing the area-nor the dead body she discovers upon arriving. Driven by curiosity and a keen intelligence, Lady Anne dismisses the notion of such a beast, but she's nonetheless drawn into the mysteries by the secrecy surrounding her friend and the infuriating yet enticing Lord Darkefell.

With a murderer on the loose and the supposed werewolf ravaging livestock and terrifying the locals, Lady Anne puts her reservations aside and joins forces with the seductive Darkefell to get to the bottom of things. And though his nearness is a tempting distraction, Lady Anne manages to uncover one clue after another, unraveling the mysteries and drawing ever closer to the killer, even while her true feelings for the enigmatic marquess elude her . . .

Lady Anne and the Howl in the Dark