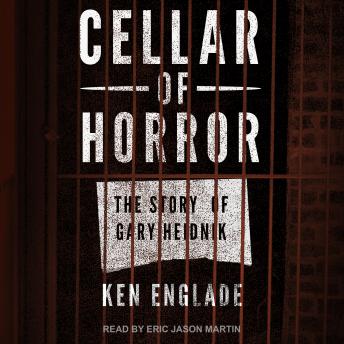 Cellar of Horror: The Story of Gary Heidnik

Serial killer Gary Heidnik's name will live on in infamy, and his home, 3520 North Marshall Street in Philadelphia, is a house tainted with the memory of unbelievable horrors. What police found there was an incredible nightmare made real. Four young women had been held captive-some for four months-half-naked and chained. They had been tortured, starved, and repeatedly raped. But more grotesque discoveries lay in the kitchen: human limbs frozen, a torso burned to cinders, an empty pot suspiciously scorched . . .

This is not a story for the faint-hearted. Cellar of Horror is a shocking true account of the self-proclaimed minister with a long history of mental illness, who preyed upon the susceptible in a bizarre plan to create his own 'baby factory.' It is a macabre web spun around money, power, and religion, tangled with courtroom drama and lawyers' tactics, sure to send a chill into your very soul.

Cellar of Horror: The Story of Gary Heidnik