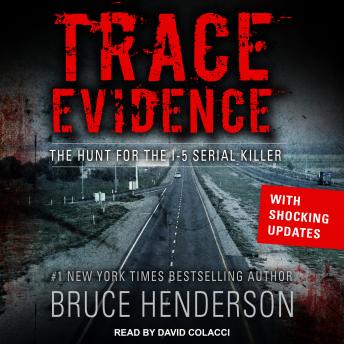 Trace Evidence: The Hunt for the I-5 Serial Killer

For ten years, the California Interstate 5 highway was haunted by a dangerous serial killer. Incredibly skilled at staying ahead of the investigators as the bodies started to pile up, there wasn't enough evidence to charge the culprit with murder even once he'd been identified. Instead, they had to build a first-degree murder case in a few months while the killer was locked up on an assault conviction. Key to this was a cast of four: Vito Bertocchini, the burly ex-street cop who took the killing of a beautiful young woman personally; Kay Maulsby, the rookie homicide detective who helped unmask the killer; Ray Biondi, who fought severe budget cuts that threatened to derail the investigation; and criminalist Faye Springer, who attempted to tie the suspect to his victims through subtle but persuasive microscopic evidence.

Drawing on hundreds of hours of exclusive interviews with these investigators, as well as other important figures such as the killer's reclusive wife, #1 New York Times bestselling author Bruce Henderson builds a fascinating portrait of this unrepentant murderer.

Trace Evidence: The Hunt for the I-5 Serial Killer