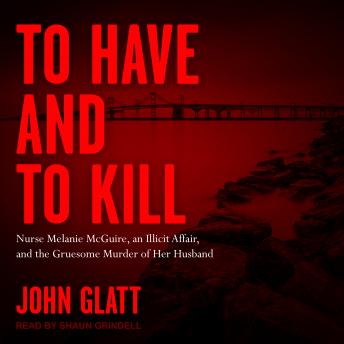 To Have and To Kill: Nurse Melanie McGuire, an Illicit Affair, and the Gruesome Murder of Her Husband

One by one, three waterlogged suitcases were pulled from the Chesapeake Bay. In each were body parts of a man. In a forensics room, the truth was discovered: William McGuire had been horribly murdered and dismembered.

William and his loving wife, a registered nurse named Melanie, had just closed on their New Jersey dream home. Little did William know about the nightmare that was in store . . . For Melanie had been involved in a long-term affair with a married doctor at the fertility clinic where she worked-and she had plans for the future that didn't include William.

Investigators believe that on April 29, 2004, Melanie first drugged her husband, then murdered him in cold blood. Three years after America witnessed the details of the suitcase incident unfold-on 48 Hours, Dateline NBC, and ABC Primetime, and in People magazine, among other news outlets-Melanie was convicted of first-degree murder and desecrating human remains. To Have and to Kill is the true story of a marriage that turned deadly . . .

To Have and To Kill: Nurse Melanie McGuire, an Illicit Affair, and the Gruesome Murder of Her Husband