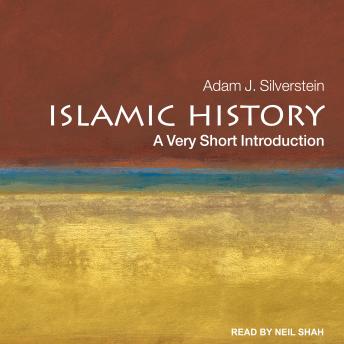 Does history matter? This book argues not that history matters, but that Islamic history does. This Very Short Introduction introduces the story of Islamic history; the controversies surrounding its study; and the significance that it holds-for Muslims and for non-Muslims alike.

Opening with a lucid overview of the rise and spread of Islam, from the seventh to twenty first century, the book charts the evolution of what was originally a small, localized community of believers into an international religion with over a billion adherents. Chapters are also dedicated to the peoples-Arabs, Persians, and Turks-who shaped Islamic history, and to three representative institutions-the mosque, jihad, and the caliphate-that highlight Islam's diversity over time.

Finally, the roles that Islamic history has played in both religious and political contexts are analysed, while stressing the unique status that history enjoys amongst Muslims, especially compared to its lowly place in Western societies where history is often seen as little more than something that is not to be repeated.

Some of the questions that will be answered are:

- How did Islam arise from the obscurity of seventh century Arabia to the headlines of twenty first century media?

- How do we know what we claim to know about Islam's rise and development?

- Why does any of this matter, either to Muslims or to non-Muslims?