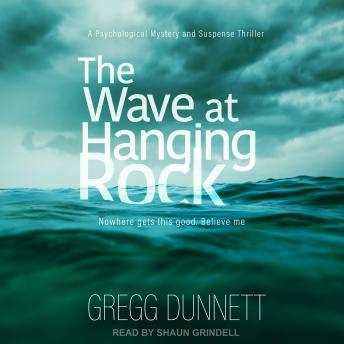 The Wave at Hanging Rock

What if the best friend you had growing up was a killer . . . and you never noticed?

Fourteen-year-old Jesse is shipped half-way round the world after the death of his father. He struggles to adapt to life on the Welsh Atlantic coast but eventually befriends John, a popular, charismatic and outwardly charming boy. But as their friendship grows, a darker side to John emerges. Will Jesse notice before it's too late?

Newly qualified psychologist Natalie's life falls apart when her husband Jim is reported missing. Is it a tragic accident, or something more? A mysterious phone call sets Natalie on a path to discover the truth, but as she delves deeper her own demons come back to haunt her.

Get set for a thrilling ride as these stories crash together with a twist that's been described as mind-blowing, shocking, and unmissable.