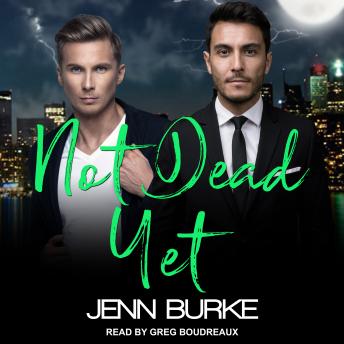 Dying isn't what it used to be.

Wes Cooper was dead. Then he wasn't-though he's not exactly alive, either. As an immortal not-ghost, he can transition between this world and the otherplane, which makes him the perfect thief for hire. For seventy years he's made a 'living' returning items to their rightful owners, seeing his fair share of the bizarre in the process. But he's never witnessed murder. Until now.

His latest mission brings him more than he bargained for: a very-dead actor who is definitely going to stay that way. It's just Wes's luck that his ex-boyfriend, Detective Hudson Rojas, is assigned to the case. Hudson broke Wes's heart years ago-and could again, given he's rocking a hot silver-fox look that shouldn't be legal.

As they work together to track down the murderer before anyone else gets hurt, it becomes clear Wes and Hudson have unfinished business. And when a secret Hudson's been keeping threatens more than just their happiness, it might mean the end of their not-life together-permanently.