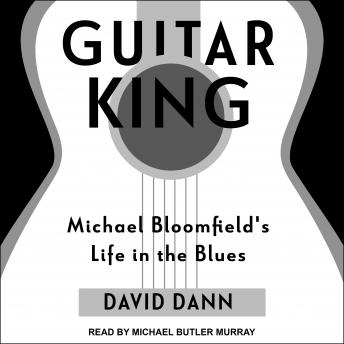 Named one of the world's great blues-rock guitarists by Rolling Stone, Mike Bloomfield (1943-1981) remains beloved by fans nearly forty years after his untimely death. Taking listeners backstage, onstage, and into the recording studio with this legendary virtuoso, David Dann tells the riveting stories behind Bloomfield's work in the seminal Paul Butterfield Blues Band and the mesmerizing Electric Flag, as well as the Super Session album with Al Kooper and Stephen Stills, Bob Dylan's Highway 61 Revisited, and soundtrack work with Peter Fonda and Jack Nicholson.

In vivid chapters drawn from meticulous research, including more than seventy interviews with the musician's friends, relatives, and band members, music historian David Dann brings to life Bloomfield's worlds, from his comfortable upbringing in a Jewish family on Chicago's North Shore to the gritty taverns and raucous nightclubs where this self-taught guitarist helped transform the sound of contemporary blues and rock music. With scenes that are as electrifying as Bloomfield's music, this is the story of a life lived at full volume.