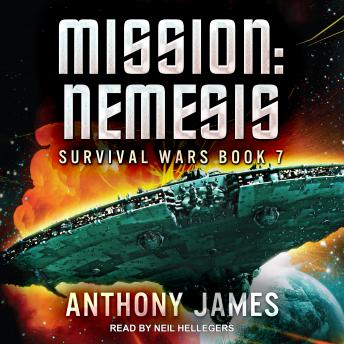 One last mission. It's a promise familiar to Captain John Duggan. Each final battle has another following it, with another after that. They come to him with the inevitability of death.

His latest task seems no different to the others before it. As events progress, Duggan begins to believe-he starts to see how his life might change at the end of it and how the lives of billions in the Confederation may be saved if he succeeds. This time, his superiors plan no less than the destruction of the Helius Blackstar itself.

Struggling with hints of betrayal from the most unlikely of places, Duggan sets off on this most ambitious of missions. To survive, he must fight his way through a series of tense battles against a fleet of enemy warships in the harshest environments imaginable.

Before he can achieve victory, he must also face the deadliest opponent from all his long years in service. The Class 1 Neutraliser Excoliar is out there in Confederation Space, and until it's defeated humanity will forever be at risk.