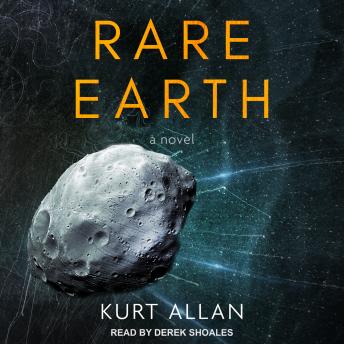 A lost mining crew, 400 million miles from Earth. A retired miner journeys to find out why.

Waldo Packwood has had a rough time of things lately. He's lost his job, his friends, and finally his family. At fifty years old, he's living alone in a small apartment wondering what's happened to his life. He's unexpectedly asked to travel to Hector 1, a lone asteroid in the Jupiter Trojans, to investigate the missing crew.

'That's just it, Waldo,' sighed the director, 'we don't know what happened.'

His trip is a struggle from the beginning, as he discovers more about those around him and what they're willing to do to keep Hector 1 to themselves. Instead of answers, he's cast into the fight of his life as he struggles to uncover the secrets and lies that have been built around this distant world.

Rare Earth is a gritty, science-fiction thriller and debut novel about an unconventional hero and second chances.

'It's going to be that kind of story, so buckle up.'