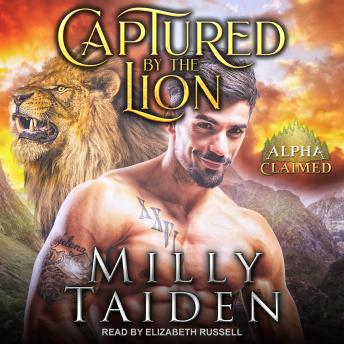 Captured by the Lion

Leigh Hale is on the run from a dangerous ex-boyfriend after she turned him into the police for running a Ponzi scheme. Now, she's back home and looking to start fresh. Of course, she doesn't expect to find the one man she's always been weak for at a coffee shop before she has a chance to shower or brush her hair.

Xander Caze has his hands full with his businesses and family. But when Leigh returns to town, he knows he needs to see her. He hadn't expected for adult Leigh to be so beautiful, sassy and full of life. Not only that, she's his mate. It boggles his mind to realize he's known her most of his life and just realized the same woman who proposed to him at five years old was meant to be his future wife.

Leigh's ex isn't the only problem in her life. No longer interested in going back to work at a big city, Leigh needs to find a new job. When danger comes calling from all sides, she'll get help from an unlikely person. Staying alive becomes a priority and Xander is doing his best to protect her. Too bad he might not get to her in time.

Captured by the Lion

This title is due for release on March 26, 2021
We'll send you an email as soon as it is available!