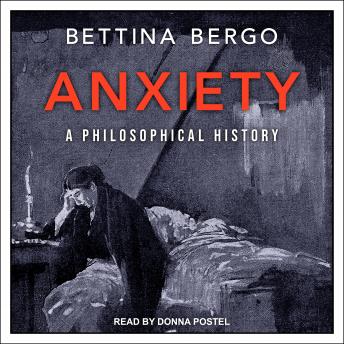 Anxiety looms large in historical works of philosophy and psychology. It is an affect, philosopher Bettina Bergo argues, subtler and more persistent than our emotions, and points toward the intersection of embodiment and cognition. While scholars who focus on the work of luminaries as Freud, Levinas, or Kant often study this theme in individual works, they seldom draw out the deep and significant connections between various approaches to anxiety.

This volume provides a sweeping study of anxiety in nineteenth and twentieth century European thought. Anxiety threads itself through European intellectual life, beginning in receptions of Kant's transcendental philosophy and running into Levinas's phenomenology; it is a core theme in Schelling, Kierkegaard, Schopenhauer, and Nietzsche. As a symptom of an interrogation that strove to take form in European intellectual culture, Angst passes through Schelling's romanticism into Schopenhauer's metaphysical vitalism, before it is explored existentially by Kierkegaard. And, in the twentieth century, it proves an extremely central concept for Heidegger.

This volume opens new windows onto philosophers who have never yet been put into dialogue, providing a rigorous intellectual history as it connects themes across two centuries, and unearths the deep roots of our own present-day 'age of anxiety.'