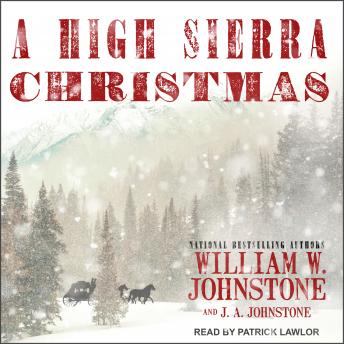 It's beginning to look a lot like Christmas in the High Sierras. But Smoke Jensen and his children, Louis and Denise, won't let a little snow stop them from heading to Reno for the holidays. There are two ways for them to get there: the long way, going around the Sierra Nevada Mountains, or the short way, going right through them. Smoke decides to take a gamble. They'll follow the trail that, decades earlier, brought the legendary Donner Party to a gruesome, tragic end . . .

And so the journey begins. The Jensens share a stagecoach with a stranger who's planning to rob a bank. Smoke wants to stop him, as well as his notorious gang of outlaws. But he's outgunned and outnumbered. And when a blizzard traps them in the mountains, he's out of luck too. Like the Donner Party before them, the Jensens will be forced to do whatever it takes to survive. This time, they're hoping history doesn't repeat itself. But sometimes, the ghosts of the past just won't stay buried . . .