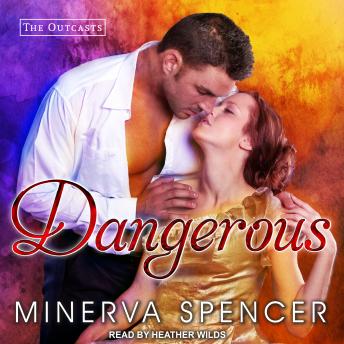 Lady Euphemia Marlington hasn't been free in seventeen years-since she was captured by Corsairs and sold into a harem. Now the sultan is dead and Mia is back in London facing relentless newspapermen, an insatiably curious public, and her first Season. Worst of all is her ashamed father's ultimatum: marry a man of his choosing or live out her life in seclusion. No doubt her potential groom is a demented octogenarian. Fortunately, Mia is no longer a girl, but a clever woman with a secret-and a plan of her own . . .

Adam de Courtney's first two wives died under mysterious circumstances. Now there isn't a peer in England willing to let his daughter marry the dangerously handsome man the ton calls The Murderous Marquess. Nobody except Mia's father, the desperate Duke of Carlisle. Clearly Mia must resemble an aging matron, or worse. However, in need of an heir, Adam will use the arrangement to his advantage . . .

But when the two outcasts finally meet, assumptions will be replaced by surprises, deceit by desire-and a meeting of minds between two schemers may lead to a meeting of hearts-if the secrets of their pasts don't tear them apart . . .