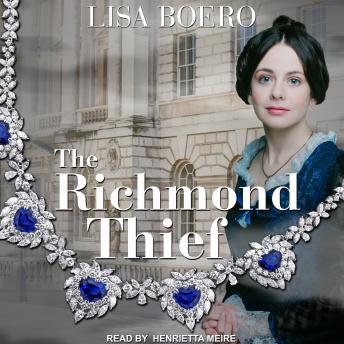 Someone is snatching priceless jewels right off the necks of British aristocrats. With his intimate access to the parlors and bedrooms of Regency London, the Richmond Thief strikes again and again. The Bow Street Runners, the city's only detectives, seem powerless to stop him.

As the young widow of a country gentleman, Lady Althea Trent is introduced to the upper-class social scene as yet another pretty face. But her own scientific inquiries and an invitation to act as an agent of Bow Street with the enigmatic Duke of Norwich propel her into the hunt for the Richmond Thief. The theft of her host's diamonds and two potential murders only harden Althea's resolve to find answers to the thief's identity.

Unfortunately, Althea's dangerous entanglements with the law and the mysterious duke inexorably lead her to a darkened library-where the masked Richmond Thief awaits.