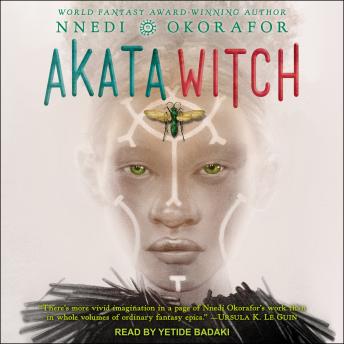 Twelve-year-old Sunny lives in Nigeria, but she was born American. Her features are African, but she has albinism. She's a terrific athlete, but can't go out into the sun to play soccer. There seems to be no place where she fits in. And then she discovers something amazing-she is a 'free agent' with latent mystical power. Soon she's part of a quartet of students, studying the visible and invisible, learning to change reality. But will it be enough to help them when they are asked to catch a career criminal well-versed in powerful juju?