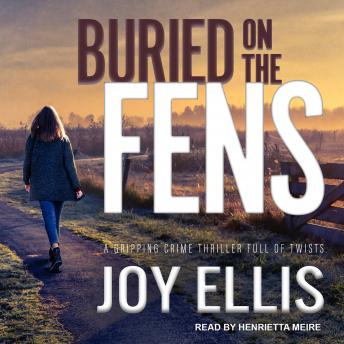 Buried on the Fens

A skeleton is found in a shallow grave in the churchyard. But this was not an official burial. The victim was murdered decades ago.

At the same time, Detective Nikki Galena and her team are investigating the brutal slaying of local businesswoman Madeline Prospero. She was a member of an exclusive and secretive drinking club called The Briar Patch. But they've got no suspects and no one is telling them the truth.

Meanwhile, the buried skeleton leads them on a trail to the village of Quintin Eaudyke. This is a troubled place. In the late seventies and eighties a reign of terror and abuse was unleashed on the close-knit population.

When more women from The Briar Patch come under threat, Nikki faces a race against time to stop more murders.

Full of twists and turns, this is a crime thriller that will keep you in suspense until its heart-stopping conclusion.

Buried on the Fens