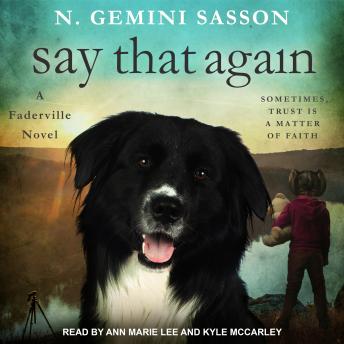 Echo's life hasn't been easy so far. Mistreated by one owner after another, he'd rather just learn to get by on his own. Still, he longs for his 'forever home'. Not until he meets young Hannah McHugh does he learn to trust again. Hannah not only understands him-she hears him.

Before the accident, Hannah already knew she was different from other kids. Now, animals are speaking to her-and no one believes her. Even her own father, Hunter, tells her she should keep it to herself.

Then, the reclusive Heck Menendez moves in next door.When Hannah and Echo disappear, rumors run wild about old Heck. Hunter wants to trust his gut, but time is ticking away.

Say That Again is the story of a gifted autistic girl and the recycled dog that connects her to the world around her.